Professional automatic pilot watch with MIYOTA 9015 movement. The watch was made on behalf of the Federal Police Flying Group and is limited to 155 pieces.

Quality Made in Germany

The design of this pilot watch

The model MARC & SONS MSS-BP-1 is a detailed pilot's watch, which was initiated by members of the Federal Police Flying Group and implemented by MARC & SONS. The watch impresses with its independent case design and high-quality workmanship. The 46 mm large and very robust case is equipped with an anti-reflective Sapphire Crystal and is available until 10 ATM pressure tested. The striking crown, typical for a pilot watch, sets accents in terms of appearance and design. 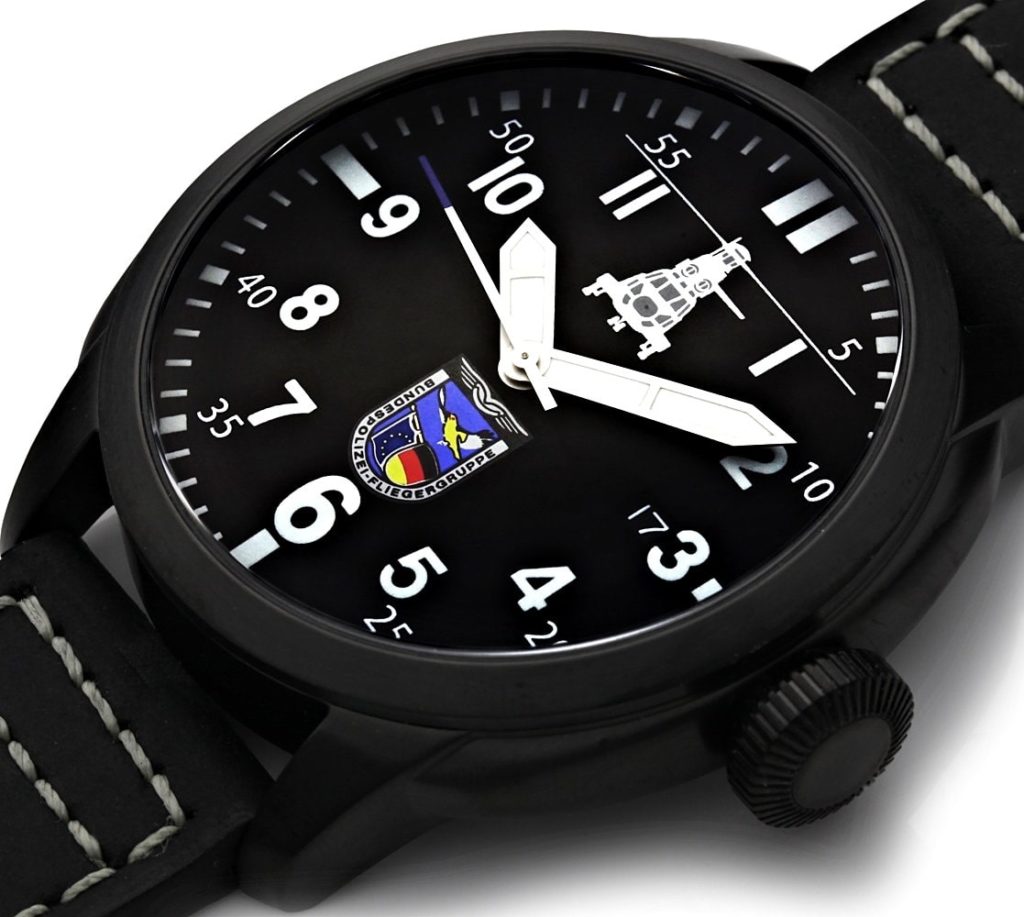 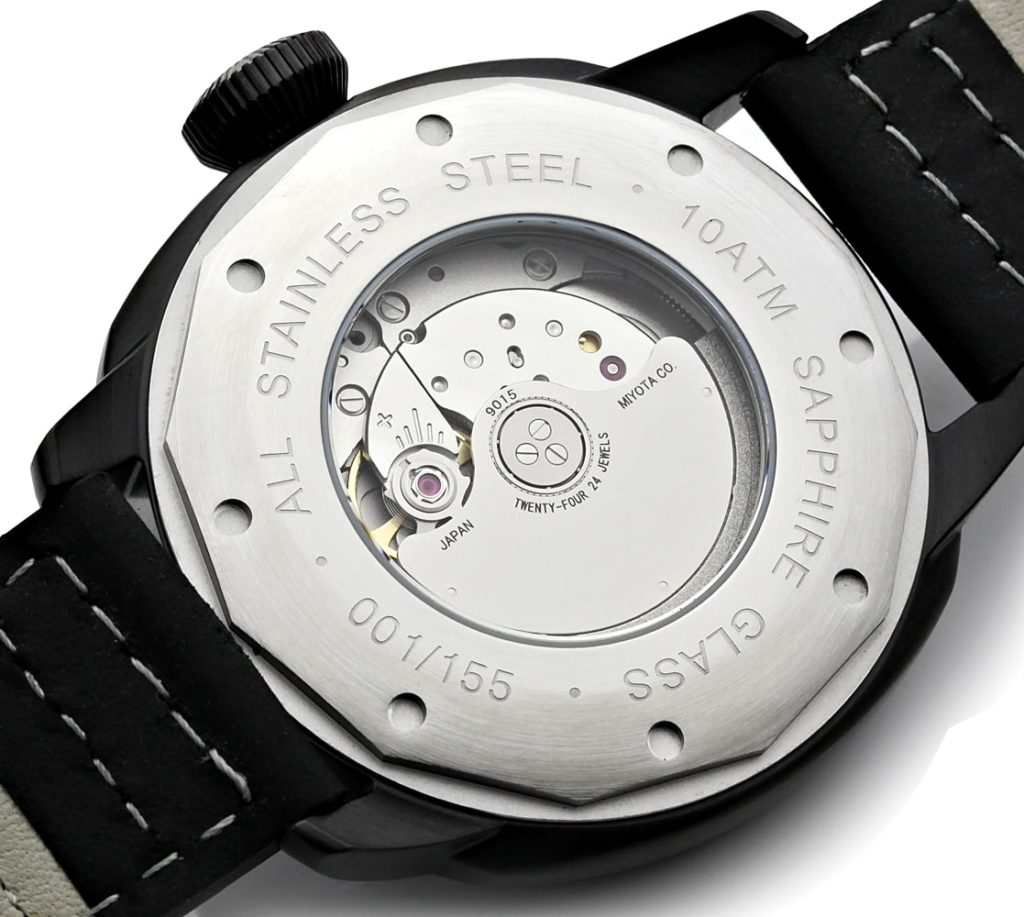 This pilot's watch is powered by an automatic movement from the Japanese company MIYOTA. The mechanical Movement Miyota 9015 is known for its reliability and is finely adjusted by our watchmakers before assembling. The movement retaining ring is made of stainless steel. Thus the movement is optimally fixed and held. The Miyota 9015 movement has a stop-seconds and a date quickset mechanism.

The Eurocopter AS 332 L1 mission helicopter, also known as the "Super Puma", served as the model for this watch and is a key identifying feature due to the workmanship in the dial. Likewise, the very elaborately designed eleven-colored logo of the Federal Police Aviation Group was incorporated into the dial. Eurocopter AS 332 L1 and the coat of arms in conjunction with a clearly readable dial structure make this watch, limited to 155 pieces, something very special. 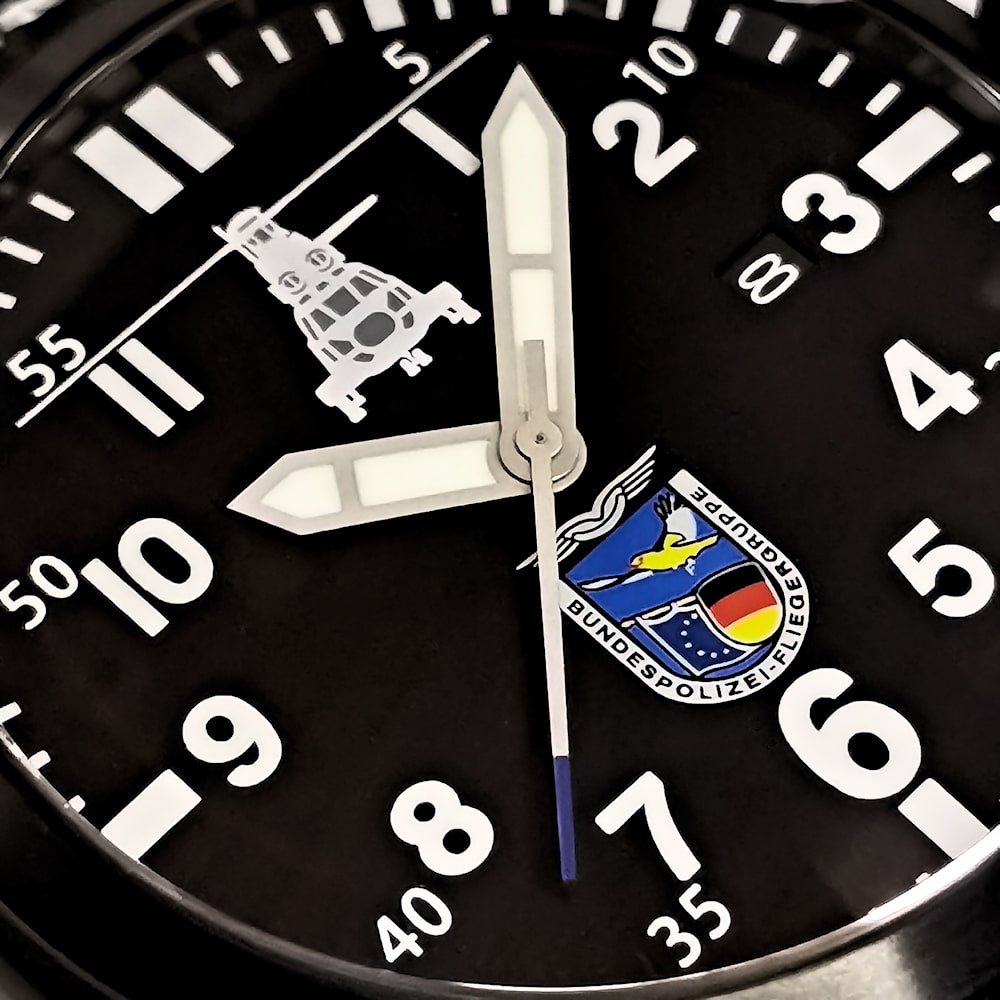 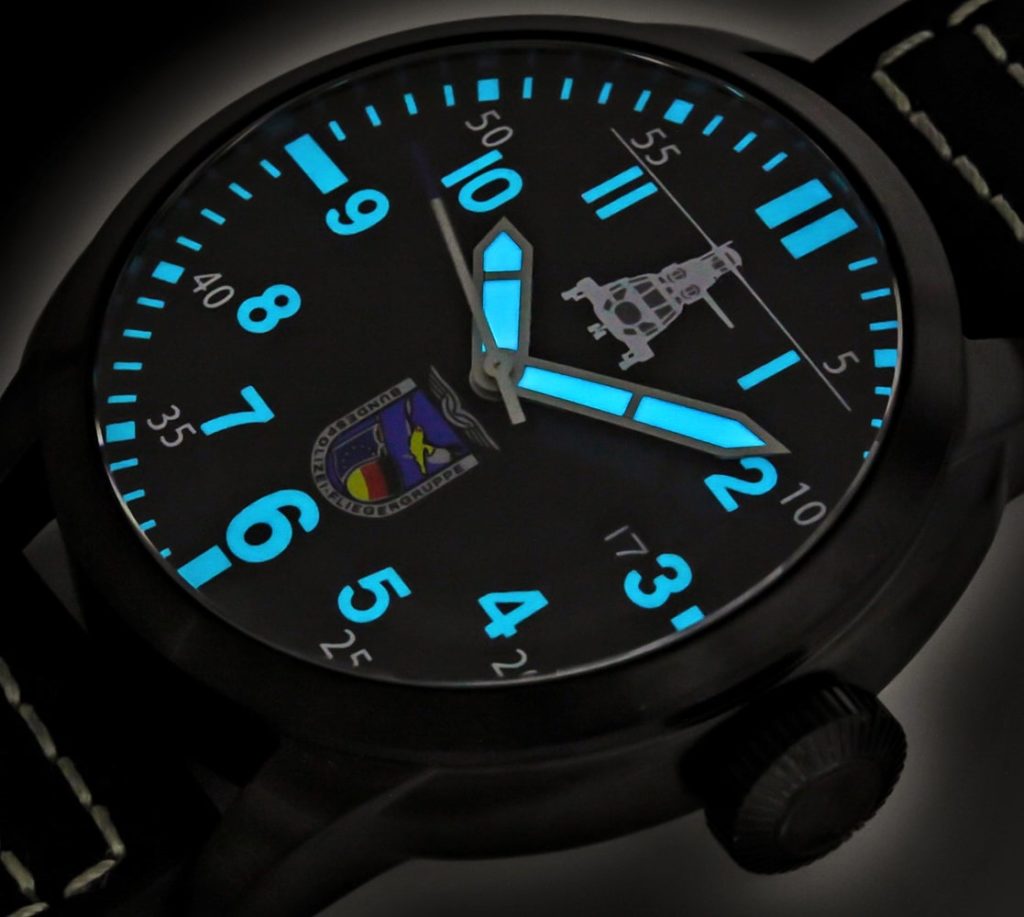 The indexes and pointers are marked with Superluminova BGW9 ...to be provided. This innovative and powerful luminous material is manufactured in Switzerland. The indexes and hands shine in a bright and subtle blue tone. This ensures good readability in the dark.

The watch is delivered with an additional rubber strap in black.

if the goods are available and the order is placed by 14:00